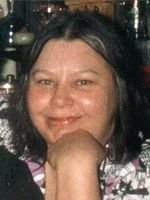 Shelly Colline Lepine 1949 -2008 Unexpectedly, on Friday, April 11, 2008, Shelly passed away. She was born in Selkirk on September 1, spent her early childhood in Seven Sisters Falls, moving to Winnipeg in the early 50's where she resided until her death. She attended Pinkham Elementary and Hugh John Macdonald School, leaving early to make her way in the working world. Shelly's first employment was with Eaton's Mail order. After that, she worked for a short time with Duha Color Services before joining Motor Coach Industries as a Coach Assembly Associate, where she worked for 33 years until she became ill in 2004. Shelly was raised by her aunt Alice Ricker and Alice's brother Jim, who also raised her cousins Darlene Nelson (Les) and Marlene Harlock (David Chornomud). Shelly was predeceased by her parents Hazle (1991) and Ulysse (2005). She is survived by her siblings: Randy, James (Corky), Rennie (Bunnie), and Tammie Lepine (Patrick Mahon); Arlene Burshiem, Terrie Green (Lyle), Tracy Thompson, and Trellis McGregor. Also left to cherish her memory are her aunt Lorraine Ennis, cousin Karen Komar, along with numerous nieces, nephews, relatives and friends. Shelly enjoyed driving her car, traveling, country music, Elvis, and her favorite T.V. shows. She loved animals, especially cats, as there was always one in her life. Shelly will be remembered for her kindness and overwhelming generosity. She had a very special place in her heart for all her nieces and nephews. Before her illness, Christmas was her favorite time of year, when she would give presents to everyone she knew! Friends and family enjoyed her sense of humor and quick wit. She also had a natural artistic talent. The family wishes to thank the paramedics and members of the fire department for their valiant efforts to save Shelly. Thanks also, to the sensitive police officers who performed their jobs with care and compassion. A celebration of Shelly's life will take place at 11:00 a.m. on Friday, April 18, 2008 at Cropo Funeral Chapel, 1442 Main Street. Flowers gratefully declined. If friends so desire, donations may be made to the Winnipeg Pet Rescue Shelter, 3062 Portage Ave, Winnipeg, MB R3K 04I.

Share Your Memory of
Shelly
Upload Your Memory View All Memories
Be the first to upload a memory!
Share A Memory
Send Flowers