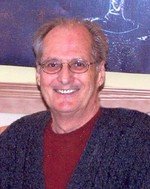 JEFFREY HOWARD KNIGHT (JEFF) Passed away at home on November 24 2008, following a long and unwavering battle with cancer. Jeff was pre-deceased by his father, John Haig Knight and his young son Paul Jeffrey. Jeff is survived by his loving wife of 42 years, Elaine; daughters Tara (Jeff) Ciecko, of Vancouver and Trina and granddaughter Kate, of Winnipeg; his mother Alvina; mother-in-law Mary Muzychka; brothers Joe (Paula) of Vancouver; Robert (Brenda) and Michael (Cheryl) of Winnipeg: as well as numerous nephews and nieces. Jeff was born February, 19th, 1942, in Fort McLeod, Alberta while his father John served in the Second World War. Shortly thereafter the family moved to Brooklands (Winnipeg) and then to Charleswood in 1951. Jeff attended St. Paul's High School where he was an excellent student and star athlete for the Crusaders. Not long after his graduation from St. Paul's in 1959, Jeff joined the Provincial civil service in August 1960. Jeff went on to 38 years of loyal service with the Provincial Auditor's Office, serving the citizens of Manitoba at a consistently high standard throughout his career. Several years later, and while working with the Auditors office, Jeff met Elaine, who was working for the Manitoba Hospital Commission in the same building. It wasn't long before Jeff knew that Elaine would be the love of his life. Jeff and Elaine very much enjoyed the company of their closest friends; Falconers, Butlers, Vielguts and Lazarenkos, who enriched their lives with humor, good times and fond memories; especially around the Grey Cup and multi-family vacations. Jeff was an avid NFL fan, remaining loyal to the end to his beloved Oakland Raiders. Dad was a soft heart in a tough shell. He loved all his girls dearly - wife, daughters and granddaughter. He was a strong, dedicated man and will never be forgotten. He is not gone, but rather, been taken on a shooting star, to heaven. The family wishes to thank Doctor Wong, Doctor Ogarenko and the dedicated staff at Cancer Care in St. Boniface Hospital and Palliative Home Care. Memorial Mass will be held on Thursday, November 27 at 11:00 a.m. at St. Alphonsus Roman Catholic Church, Munroe Ave. and Brazier St. Interment will follow at Assumption Cemetery. In lieu of flowers, those who wish may make a donation to a charity of your choice or: CancerCare Manitoba, 675 McDermot Ave., Winnipeg. MB R3E OV9. CROPO FUNERAL CHAPEL 586-8044
Share Your Memory of
Jeffrey
Upload Your Memory View All Memories
Be the first to upload a memory!