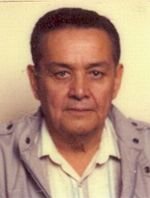 SIGURDUR (SAM) EINAR JOHNSON On May 1, 2008 at his home, Sam, beloved father, grandfather and great grandfather passed away at the age of 76 years. He is survived by his children, Randy, Connie (Albert), Kim (Marilyn), Stewart (Donna), Lori, Darlene (Harry), Wendy (Fred), Darcy (Kathy) and Heather (Garry); 27 grandchildren and 15 great-grandchildren. He also leaves to mourn his passing, one sister Maureen and 2 brothers Mickey (Veronica) and Larry, and numerous nieces and nephews. He was predeceased by his wife Hazel, his sister Emily and his parents Sigurdur and Louisa Johnson. Sam served 23 year in the Armed Forces. While in service he served in the Korean War with a couple of tours as a Peacekeeper in Cyprus and the Congo. He then served as a cook in the food industry for a few years. After this he served as a Commissionaire until his retirement. In his spare time he enjoyed his video games, crossword puzzles, the occasional visit to see Monty and going out for coffee/bannock/doughnuts over at his childrens. Viewing being held on Wednesday, May 7 from 7:00 p.m. to 9:00 p.m. at Cropo Funeral Chapel, 1442 Main St. Funeral Service will be held on Thursday, May 8 at 1:00 p.m. also at the Chapel with The Rev. M.F. Hunter officiating. Interment will follow in Brookside Cemetery. Pallbearers will be his grandsons, Chris Johnson, Roy Trudeau, Scott Johnson, Greg Johnson, Roland Artimowich and Steven Artimowich. In lieu of flowers donations may be made in Sam's memory to CancerCare or Kidney Foundation

Share Your Memory of
Sigurdur
Upload Your Memory View All Memories
Be the first to upload a memory!
Share A Memory
Send Flowers