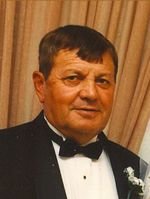 Joï¿½o da Costa Dias (June 8, 1944 - July 8, 2008) After a courageous battle with liver disease, Joï¿½o passed away with his family by his side, at the age of 64. Joao is survived by his wife Fatima, daughter Maria (Tony), grandchildren Melissa and Samuel Carreira; mother - Felicidade Nunes da Costa of Aï¿½ores; brothers - Luis (Lurdes), Manuel (Maria) of Winnipeg; sisters Candeias (Manuel) and Fernanda (Furtado) of Aï¿½ores; sisters-in-law - Maria (Vergilio) of Aï¿½ores, Adelaide, Geraldina and Altina of Winnipeg; numerous nephews, nieces and friends. He was predeceased by his father Joï¿½o and sister Maria. Joï¿½o was born in Pico, Aï¿½ores and immigrated to Canada in 1971 and began his life in construction for many years. He enjoyed being with his family, friends and had a great passion for gardening. Prayers will be held on Friday, July 11 at 8:00 pm at Immaculate Conception Roman Catholic Church, 181 Austin St. N. with Mass of Christian Burial being celebrated on Saturday, July 12 at 10:00 am with Very Rev. Josï¿½ Eduardo Medeiros, V.F. presiding. Entombment to follow at Assumption Mausoleum. The family would like to thank everyone for their support and compassion during Joao's hospital stay (nearly 5 months), especially to the wonderful staff at the Health Sciences Centre (GD-4). An online book of condolences may be signed at www.cropo.com CROPO FUNERAL CHAPEL 586-8044
Share Your Memory of
JoÃƒÂ£o
Upload Your Memory View All Memories
Be the first to upload a memory!