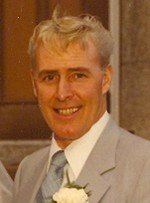 WALTER GORDON COOKE It is with great sadness the family announces the sudden passing of Walter Gordon Cooke at the age of 74 years on January 15th 2009. He leaves to mourn his beloved wife of 51 years, Dorthea; his three children, Susan (John), Jim (Marlene), Sandy (Peter); son-in-law David (Jodi); seven grandchildren; one great-grandchild; brother Bill, sister-in-law Gail; numerous nieces, nephews, friends and his faithful four legged companions Tia and Puss. He was predeceased by his parents, eldest brother Earle and sister-in-law Doreen. Walter was the youngest of three boys born and raised in Winnipeg and attended Dufferin, Victoria Albert, and Hugh John MacDonald schools. He held a variety of jobs until joining the Winnipeg Fire Department in 1959 with a distinguished career of over 34 years, retiring in March of 1994 with the rank of Captain. In retirement he was enjoying his life with his family and friends regularly attending the retired firefighters' monthly breakfast. He and Dorthea enjoyed camping and traveling abroad and was a true animal lover having a variety of pets throughout his life. Special thanks to the attending Winnipeg Fire Fighters and Paramedics for their efforts. Flowers gratefully declined, if so desired, donations may be made in his name to the Winnipeg Humane Society or to the Fire Fighters' Burn Fund. Funeral Service will be held on Wednesday, January 21, at 1:00 p.m., at Cropo Funeral Chapel, 1442 Main Street with Chaplain Mark Young officiating. Service will conclude in the chapel with cremation to follow. Private family interment will take place at a later date. An online book of condolences may be signed at www.cropo.com.
Share Your Memory of
Walter
Upload Your Memory View All Memories
Be the first to upload a memory!