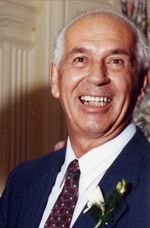 MICHAEL BUREGA After a brief illness, Michael Burega passed away suddenly at Concordia Hospital on Monday, March 24, 2008. He will be dearly missed by his loving wife Anne, of 52 years, his son Paul Michael (Grace) of Boston, grandchildren John-Paul and Grace-Mary and son Charles William (Susan) of Toronto, brother William (Beth), 3 nephews, Richard, Danny, Joel and their families. Michael was active in sports and bowled at Mosienko Bowling Lanes for over 50 years. He enjoyed visiting the casinos in Canada and the U.S. and visiting his sons and grandchildren. Those who knew him had probably heard about his latest stock tip or his insights into the stock market. His outgoing personality, sense of humour, and willingness to help everyone will be missed by all. He adored his grandchildren and both will miss their dear GiGi. Great thanks to all of the kind and compassionate nurses on Ward 3 West at Concordia Hospital who helped make his final days peaceful. Special thanks to friends Ray Blais, Kay Salema and Marlene Elis. Mike requested a private funeral followed by an interment at Glen Eden Memorial Gardens. He will be laid to rest in the Mausoleum. In lieu of flowers, donations may be made to a charity of your choice in honor of Mike. We will miss you GiGi. Love, JP and Grace-Mary

Share Your Memory of
Michael
Upload Your Memory View All Memories
Be the first to upload a memory!
Share A Memory
Send Flowers