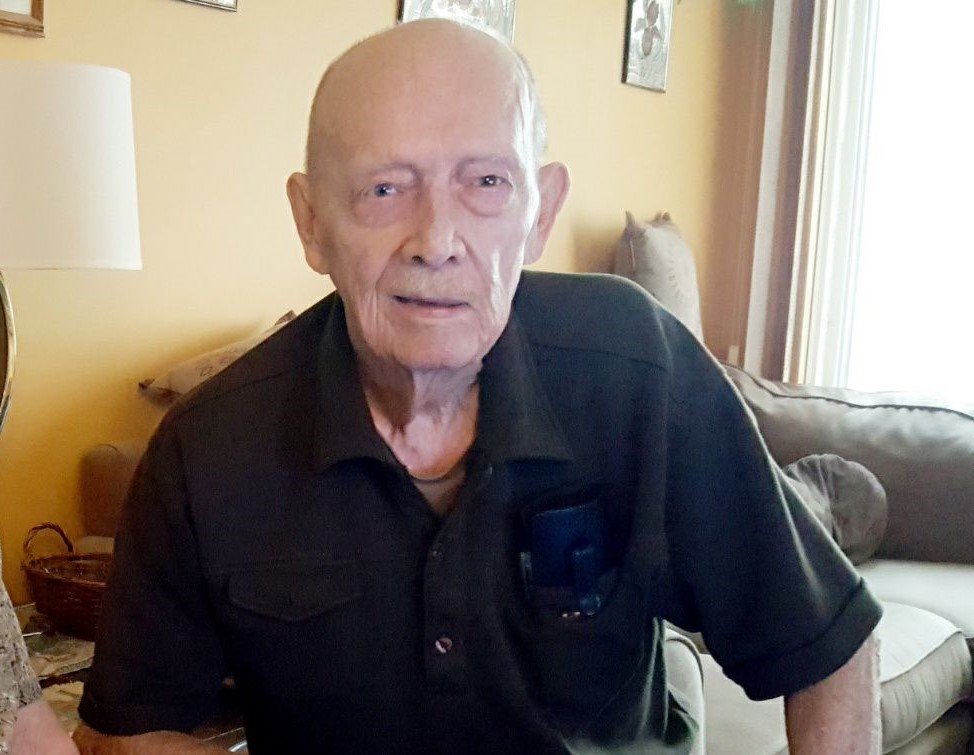 Mom (Laura) and Dad were married for 70 years. Also left behind to mourn are his children Greg (Irene), Lance (Georgia), Darrell (Dorothy), Laurie (Chris), Tim (Mary-Ann). His grandchildren Adam, Michael, Tyler, Jason, Jamie, Mandy, Rhea and several great grandchildren and many nieces and nephews.  He was predeceased by his parents Beatrice and Sandy, his sister Val and brother John.

Dad had many jobs thru-out the years and at retirement he was a foreman at Motor Coach Ind. Dad had a passion for the outdoors which he passed on to his children as he was an avid hunter and fisherman. We will always remember the many hunting and fishing trips the boys had with him. He was quite a story teller and prided himself in the many angles he could figure out in the art of making a deal. In his later years his passion became his cars and neighbors would admire the sparkle he put on them as his was the shiniest in the Willow Park neighborhood.

The family would like to express their thanks to the staff at the St. Boniface ICU for their

compassionate care they provided to our father.

Cremation has taken place and due to COVID-19 restrictions a celebration of life will take place at a later date.