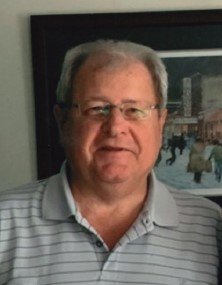 It is with heavy hearts that we announce the peaceful passing of Tom on October 24, 2019 at the age of 66.

He will be deeply missed and lovingly remembered by his three sons Matthew, Philip and Kevin and his sister and brother-in-law Andrea and Al Baker.  He will also be missed by his many friends and colleagues.

Tom graduated from the University of Manitoba in 1975 with a Bachelor of Commerce, Honours degree and attained his CA designation in 1978.  He retired as Secretary Treasurer in 2016 from the Winnipeg School Division and currently was the Executive Director of MASBO.

Tom had a love for music, record collecting, and all sports including golf.  He was a proud member of Pine Ridge Golf Club and his hole-in-one on 7.  But what Tom was most proud of was his sons and it brought him great joy that all graduated from the U of M with the same Bachelor of Commerce degree that he held.

Tom was predeceased by his parents Nick and Mary Bobby.

The family thanks everyone for their support.  Flowers are gratefully declined.  Donations may be made to the charity of your choice.