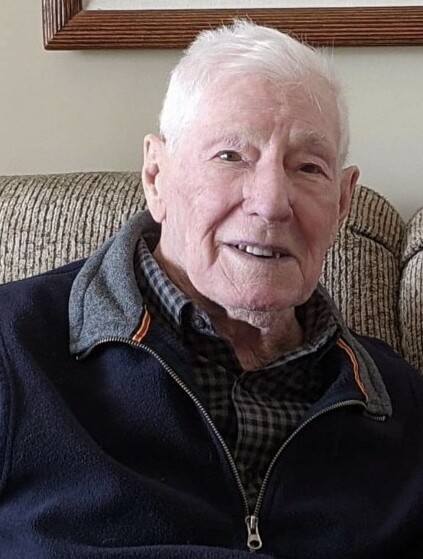 With broken hearts, the family announces the passing of Emile, aged 95 years, on March 19, 2022 following a brief illness.

He was predeceased by his wife of nearly 65 years, Marie, on March 15, 2022; his parents, Emilien and Clarita Toutant; sister Lena (Lynne) Henrickson; brothers Victor, Roland and Fred Toutant.

He was born December 31, 1926 in Hallboro, Manitoba.  He spent his formative years living in several Manitoba towns where his father served as the Station Agent for the Canadian National Railway. His longest and fondest memories were growing up in Grosse Isle and Warren, Manitoba where he formed many life-long friendships. As a young man, he worked at a variety of jobs until he found his true calling as an electrical draughtsman, a career he enjoyed until his retirement.  In 1952 he met Marie Wery with whom he corresponded during her hospitalization for Tuberculosis at the Manitoba Sanatorium. Following her recovery, they courted and married on August 10, 1957 thus beginning their nearly 65-year adventure. He was a doting husband, father, grandfather, great-grandfather and a loyal friend to all that knew him. He was passionate about his family and his hobbies of painting and music and always tried to focus on the bright side of things in life. He would always say “Life’s too short to be angry!” and encouraged all he spoke to that this was the best way to live. Along with his beloved Marie, his passing leaves a void that can never be filled.

A mass celebrating his life will be held at 10:00 am on Wednesday March 23, 2022 at St. Joseph the Worker Parish, 505 Brewster Street with Father Lawrence Agorchukwu officiating. Interment will follow at the St. Boniface Cemetery, 917 Archibald Street followed by a reception at Cropo Funeral Chapel, 1800 Day Street.

In lieu of flowers, please make a donation to the Manitoba Lung Association, CancerCare Manitoba, the Heart and Stroke Foundation of Manitoba, or the Alzheimer Society of Manitoba.