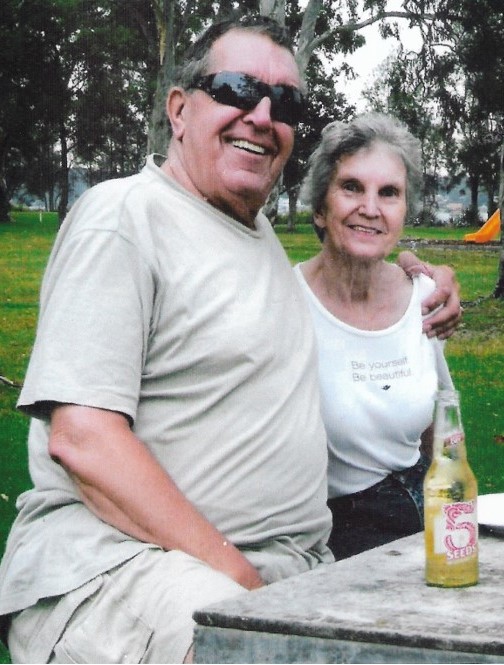 Dad was born in Toronto, Ontario and at a young age he and his family moved to Winnipeg. Dad attended Norquay and Mulvey School and Gordon Bell High School. On August 7, 1957, Dad joined the Army (Queens Own Rifles) as a Rifleman, and later transferred to the CDN Provost Corp in Calgary. In August 1960 Dad received his Honorable Discharge and returned to Winnipeg and met and fell in love with his future wife, Anna. They were married on September 9, 1961, and during that time raised two great sons, Shane (Pamela) and Kenneth (Bonnie). After 49 years of a fantastic marriage, Mom passed away on September 6, 2010.

During this time Dad was employed as a Guard at Headingley Gaol, Three years later Dad joined the Assiniboia Police, which later became St. James-Assiniboia Police where Dad was promoted to the rank of Detective. After having amalgamated with the Winnipeg Police, Dad retired after 29 years.

Dad was predeceased by his loving wife Anna, his parents Peter and Anne, and brother Bill (Bev). Dad is survived by his two sons Shane (Pamela) and Kenneth (Bonnie), also his little buddy grandson Joseph, and Hannah.

Mom and Dad are together again, forever.

The above words were written years ago by our father for his obituary. This is a testament to how thorough our Dad was, and how he did not wait to get tasks accomplished. Nothing was more important to Dad than his family, and Dad did all that he could for us during his life, and even in this time of grief.

Mom and Dad travelled extensively during the first years of their marriage, doing many road trips throughout America. Dad liked to tell the story of how they tried to time the birth of their first-born son Shane, to be born on a road trip while in California-perhaps sparking Shane’s preference for warmer climates and moving to Australia. During the summer of 1968, Dad and his family travelled to Washington and New York, a few weeks later Kenneth was born prematurely. Kenneth inherited Dad’s sharp mind and his academic achievements were a source of pride for our family, proudly displayed along with Dad’s policing memorabilia. Trips included travelling East to Ontario and New York to visit family. Travelling to the west coast to see family, then on to Las Vegas and Disneyworld. As well as many visits to the Ituna/Yorkton Area of Saskatchewan to be with family. There were other trips to locations such as Hawaii and Mexico, but the most cherished trips were to Australia to spend time with Shane and Pamela.

With his incredible memory and sense of humour, Dad loved sharing stories about family, travel, and working with the guys. At over 6’8” (Dad liked to say that he was 5’20” when people would ask him how tall he was) he was easy to spot holding court at Unicity Mall or having coffee at McDonalds with the crew or having lunch with friends and family. Dad was a life-long Blue Bomber fan-refusing to answer the phone when the Andruchuk cousins would call him specifically during this time.

In lieu of flowers, a donation in Edward’s honour may be made to a charity of your choice. Prayers and viewing will be held, Friday, February 5, starting from 6:00 p.m. to 8:00 p.m., which is restricted to ten people at a time, Cropo Funeral Chapel, 1442 Main Street. A private celebration will be held on Saturday, February 6 at 10:00 a.m. at Holy Trinity Ukrainian Orthodox Metropolitan Cathedral. With interment to follow at Chapel Lawn Memorial Gardens, 4000 Portage Ave. Due to Covid attendance for viewing on Friday night will be limited to ten people at a time. Both the prayers and the celebration will be live-streamed, and the interment will be broadcast at 98.5 FM locally at the cemetery. Please refer to the Cropo Funeral Chapel website and Holy Trinity Ukrainian Orthodox Metropolitan Cathedral website or Facebook page for live-streaming information. A proper Celebration of Edward’s life will be held at a future date.

If you knew Dad, you knew of his love for our Mom and how he was lost without her. Mom and Dad are together again, Forever.