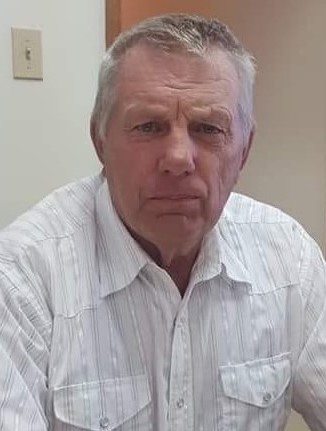 Nicholas (Nick) Samorodny On March 20, 2020, after a year-long battle against pancreatic cancer, Nick Samorodny died peacefully with family by his side. Nick was born on August 3, 1942 in the rural community of Hamrlik, Manitoba to parents John and Mary Samorodny. Over the years Nick worked in a variety of fields such as Swift Foods and owning the Transfer in Poplarfield for a number of years. After he sold the Poplarfield Transfer, Nick drove truck for Kleysen Transport, finally ending his working life, employed with Winnipeg Transit where he retired in 2003. During his retirement, he still occasionally drove for MEL Trucking for a few more years. Nick married Mary Wallach in 1966, settled in Poplarfield, MB and they had their 3 daughters – Dale, Nicole and Leeanne. After the tragic loss of Mary and Leeanne in a car accident in 1978, Nick with his two daughters moved to Winnipeg. In 1981, he married Jane Stoyanowski and they had another daughter – Rocheen. In 2009, Nick lost Jane to cancer. Nick married Helen Cottes in 2012. In his retirement, dad went back to his farming roots and had horses and a small hobby farm in West St. Paul, MB. He went on numerous trail rides over the years and was most especially proud of participating in the “Ride to Botoche” and the many Children’s Wish rides in Inwood and Woodlands every summer. Nick is survived by wife Helen, daughters Dale (Terry) Stanowski, Nicole (Ryan) Johnson and Rocheen (Kyle) Kearney; his grandchildren Taylor (Bradon), Darcie, Ciara, Noah, Logan, Aiden and Peyton; sisters Elsie Bale, Rose Paulson and Pauline Rechik. He also survived by step children and grandchildren Jeffrey (Andrea, Ayla, Archer) Cottes, Jason (Ellie) Cottes and Jennifer (Gracie) Cottes. We would to thank the many doctors and nurses that have helped with dad’s care over the past year; in particular the doctors, nurses, and health care aides at Riverview Health Care. In an effort to comply with social distancing, we will be having a private family funeral for dad. A Celebration of Life will be held at a later time, when it is safe for everyone to gather together. In lieu of flowers, we would ask that donations be made to Pancreatic Cancer research through the CancerCare Manitoba Foundation or Manitoba Children’s Wish Foundation. Cropo Funeral Home in care of arrangements. “Daddy’s hands were soft and kind when I was cryin’ Daddy’s hands were hard as steel when I’d done wrong Daddy’s hands weren’t always gentle but I’ve come to understand There was always love in Daddy’s hands”