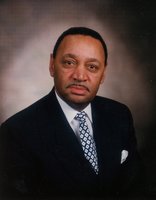 HERBERT MILTON CARVERY JR Peacefully on March 16, 2020, at the Health Sciences Centre, Herbert M. Carvery Jr. passed away from heart failure after a long battle with kidney disease. Herb was predeceased by his father, Herbert, Sr., and mother, Clarissa, five sisters and two brothers. He leaves to mourn his children, Geneva of NY; Cynthia (Donald) of VA; Herschelle (Lyle) of Steinbach; Bradly (Melissa) of AB; and Nadine (Ivan) of Winnipeg. He will be greatly missed by his siblings; sisters, Clara W (Winnipeg), Eileen D (Wyoming), and Charlotte (Winnipeg); brothers Stanley of NS, and Joseph (Bernice) of BC. He also leaves his grandchildren, Aisha of VA and Sherelle (Kelly) of VA, Isaac & Shanice of Winnipeg, Roxannah, Miya and Kendra of AB and a great-grandson, Tyler of VA, along with numerous nieces, nephews, cousins and his dear friend Dale. Herb was born in Africville, Nova Scotia on August 5, 1933. He was very active in his early years and enjoyed playing baseball and hockey. After high school, Herb left Halifax and took a job with the Canadian National Railway (later Via Rail Canada), where he worked for 36 years. He worked his way up from Porter to Service Instructor and retired from Via Rail as a Senior Service Supervisor in 1987. He spent many years as a local official for the union for CNR. Over the years as Herb worked for the railroad, he travelled across Canada and parts of the Northern United States, making many friends along the way. Herb was active for many years in Regent Hall #5 Masonic Lodge, the Prince Hall Shrine, and the East Kildonan Lions Club. However, his greatest passion was music and a love for jazz. Herb was a well-known jazz pianist for many years on the Winnipeg jazz scene. Herb’s relationship and love for God began in 1982, when he became involved with directing and playing piano for Pilgrim Baptist church’s gospel choir, other church choirs and a number of soloists, which he continued to do for many years. Herb was a willing worker and volunteer in his church as a treasurer and Deacon. He helped and encouraged many people by giving advice and support, on many occasions, that would help them in following the paths of their choice. The family wishes to thank the many doctors and nurses who looked after Herb over the years in the Renal Transplant Unit, HSC, and Sherbrook Dialysis Unit, HSC. In lieu of flowers, donations may be made in Herb’s memory to: The Kidney Foundation of Canada-Manitoba 1 - 452 Dovercourt Drive, Winnipeg, MB R3Y1G4