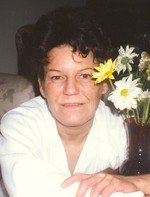 DIANA MAE TRUPISH (nee FRANKLIN) 1941 - 2008 With great sorrow we announce the passing of Diana Mae Trupish at the Health Science Centre on Thursday, August 14, 2008, after a brief struggle with cancer. Diana leaves to mourn her son Robert and daughter-in-law Tara of Calgary; brothers Ken, Don, Gordon (Mary), Stan (Susan) and Norman (Pat); sister Mary; sister-in-law Gail; cousin Joy; as well as many nephews, nieces, aunts and uncles. Diana was predeceased by her older brother Jim. Diana was born on August 13, 1941, in Elkhorn, Manitoba to Jennet and Bruce Franklin. Diana was the second oldest of eight children. She resided in Winnipeg for the vast majority of her life, where she had a long career as a financial bookkeeper for several local firms. Diana had many hobbies and interests. She was an avid bridge player, who greatly enjoyed the time she spent with her bridge club. She was also a voracious reader, who always had a book 'on the go' that she wanted to share and discuss with friends and family. Diana was passionate about gardening and had a gift for caring for plants. Her friends and family would often bring their unhealthy plants to her to cure. After successfully fighting a debilitating form of arthritis, Diana was able to resume gardening, which was a source of great enjoyment and happiness in her later years. Cooking was another of Diana's talents. Her homemade pies were famous within the family and were always a much anticipated part of Christmas and holiday gatherings. As well, her BBQ ribs were a delicacy that she always prepared for her son Robert when he visited Winnipeg. Robert and Tara would like to extend their heart felt thanks to our family for the support and love they provided to our Mom during her brief stay in the hospital. A Memorial Service will be held in Diana's memory on Thursday, August 21, 2008, at 10 a.m. at Cropo Funeral Chapel - 1442 Main Street. An online book of condolences may be signed at www.cropo.com. &quot;The Sea refuses no river, and this River is homeward bound&quot;