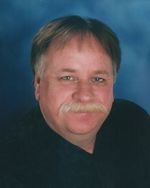 ROBERT GLEN GOLEBIOWSKI It is with sadness to announce the sudden passing of Robert Glen Golebiowski on Monday, March 31, 2008. Glen will be lovingly remembered by daughters Christie, Tammy and Michelle; brother Richard (Deborah and Zack); mother-in-law Agnes and brother-in-law Gordon. He was predeceased by his parents Frank and Shirley; sister Darleen and ex-wife Debbie, and father-in-law William. For many years Glen worked as an animal control officer for the City of Winnipeg. He enjoyed listening to hockey games on the radio, bird watching, and spending time with his kids. He also worked casually chauffeuring seniors to appointments and various shopping needs. He was a great father always giving his best putting others before himself. Glen was a brother you could count on and a giving man with a contagious smile accompanied by hugs that were unforgettable. Glen was very special man and will be greatly missed. A Memorial Service will be held on Saturday, April 5, at 10:00 a.m. at Cropo Funeral Chapel, 1442 Main Street. Interment will follow at Glen Eden Memorial Gardens. Donations can be made in Glen's memory to the Manitoba Schizophrenia Society, Inc. 100 - 4 Fort Street, Winnipeg, MB R3C 1C4.