Wayne worked in the River East School Division at Munroe Junior High until his retirement.  He is a long time member of St. John's Anglican Cathedral.

Alex has been a Service Attendant  years after retiring from work with the City of Winnipeg in 2002.  He is also involved with St. Joseph Nursing Home. Alex is fluent in Ukrainian, Polish, and Portuguese.

Peter was born in The Netherlands in 1943. His parents, along with 13 children, immigrated to Canada in 1954 and settled into a house on Jessie Avenue.  It was there in Fort Rouge that he grew up.  He attended Saint Ignatius Parochial School and Saint Paul’s High School.  Following high school, Peter found his first full-time job at Display Industries and, it is in the printing trade where he spent his entire career, retiring with Heidelberg Canada Graphic Equipment as Manager of Sales for Western Canada.

As a teenager, Peter met Loreen through his friend,Wayne, Loreen’s brother.  It was not until into his 20’s that he got up the courage to ask Loreen to marry him in October of 1968.  They had two children:  Randy who married Jackie and who have given him two grandchildren ,Kyler and Kalyn, and Richard who married Cara-Lynn and who have given him another 3 grandchildren, Arden, Ava, Anais.

In retirement, Peter can be found by his pool with his five grandchildren or entertaining family or friends, attending the Re-Fit Centre or otherwise involved in one or another of his many volunteer activities  In winter, he can be found on the golf coarse in Weslaco, Texas where he and Loreen escape to for the first three months of each year.

Peter joined the Knights of Columbus on May 1, 1966.  In June of 1977 he received his fourth degree.  He has held many positions at the council, St. Ignatius of Loyola, and his assembly Captain Miles MacDonnell along with at the state level being State Deputy from 1981 to 1983.  Throughout his adult life, he has been involved in many volunteer activities, but there is none closer to his heart than the Knights of Columbus.  He currently is on the board of the Villa Cabrini Inc. and the board of the Foresters.

Although they are not licensed funeral directors, these staff members are vitally important to the operation of our firm.  These individuals make it possible for us to professionally coordinate funerals with the quality of service our community has come to expect from us.

The staff were so compassionate, down-to-earth, and responsive to any of our requests…we were confident that we did not have to worry about any of the details and could instead focus on the spiritual and emotional aspects of honouring our father. To a person, the staff did an exemplary job of supporting our family and easing our burden.  Llwellyn

My family's professional relationship with Cropo goes back over 30 years to my baba's funeral services in 1980. I have very specific memories of some components - mostly centred at Cropo's and their services for this was my first funeral. Since that time, every family funeral has had professional services provided by Cropo. Most recently, when my father died, Cropo was of course our funeral home of choice. The services provided by the management and staff of Cropo today echo the strong tradition of excellent service from over 30 years ago. The whole team at Cropo provided amazing service from the first meeting, to the funeral, to the luncheon, to the driving -real people providing real help when you need it. 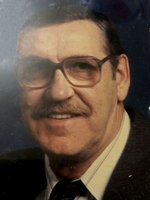 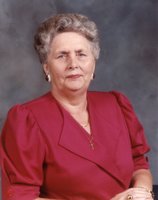 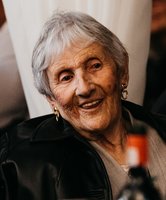 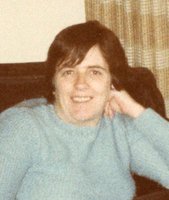 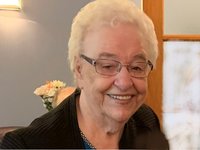